How does a person become a persecutor? What makes humans capable of unbearable cruelty towards their own kinds? What are the different factors that can lead to a cruel behaviour? And to what extent are we – the sane, educated, stable people – sure to never act with cruelty?

Through a patchwork of tableaux presenting various situations engaging with everyday acts of cruelty, three actors-puppeteers will invite the audience to look into a twisted mirror of our own humanity. Using a large range of characters, at time buffoon-like, elegant, absurd, hilarious or disturbing, this darkly funny puppetry piece revels in the side of human nature that society is most squeamish to talk about.

Mixing childlike playfulness of clap-mouth characters with the visceral darkness of body-based theatre, Traversière creates a jarring world, questioning our own and personal darkness…

CRUEL was developed and presented at the Everyman Theatre (Cheltenham, UK) and at the Little Angel Theatre (London, UK) in 2014. 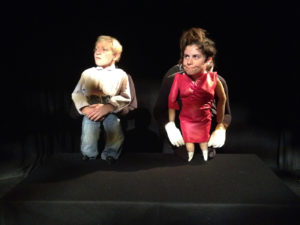 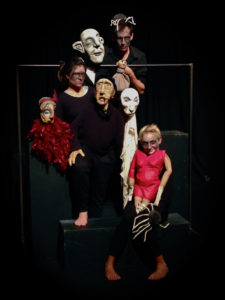 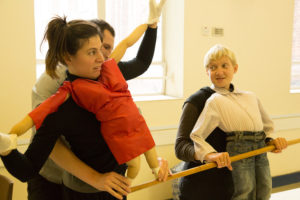 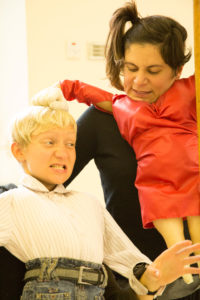 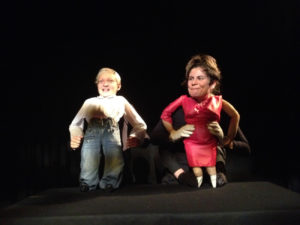 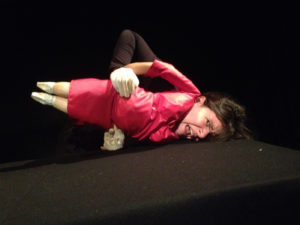 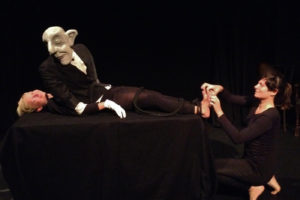 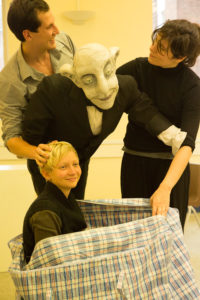 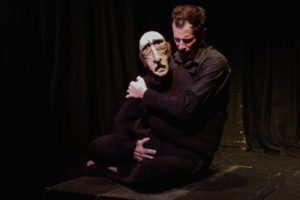 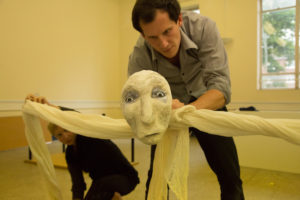