Borderline: 1. From the English «border»; 2. Psychology. Pathological state, between neurosis and psychosis. Medicine: it is said of a form of intermediate affection between two different forms.

Borderline is a bitter sweet satire that highlights the excesses of infernal processes required by the French administration for the acquisition of papers. The three actors cast a veil over the abusive laws and unintelligible gibberish that every refugee or immigrant arriving in France must face. With a humour tinged with cruelty, Borderline denounces the various defects of the Marianne, guardian of the sacred values of France.

Borderline was developed in Toulouse, France, in 2008, while the artists simultaneously researched and volunteered with CIMADE, an association that offers legal and free advice to undocumented immigrants. So, crazy as it may seem, everything that is said in the room is true!

From and with Julia Yevnine, Ailin Conant and Pascal Sugg.

“A burlesque and satirical look at this sample of the public service [ANAEM]… In this incisive comedy, the three actors do not mince their sarcasm…. this co-written comedy has the quality of never pouring into the solemn denunciation – one can admire the energy of a show that does not suffer from any downtime: it leaps in all directions, it fights, it changes universe in a slap of a projo.” 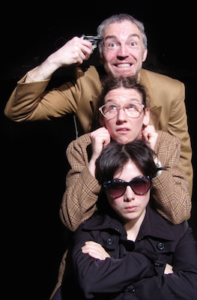 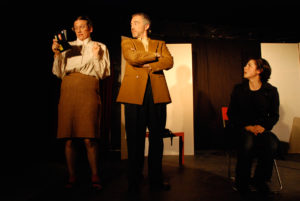 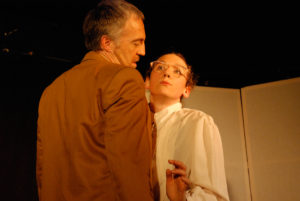 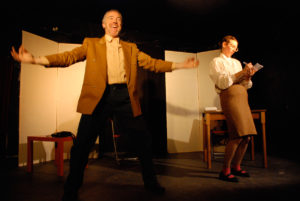 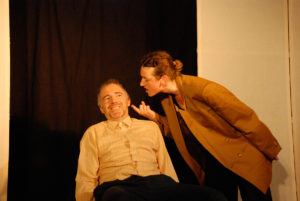 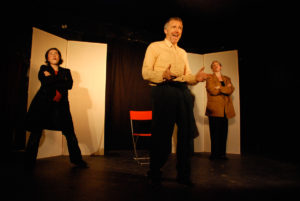